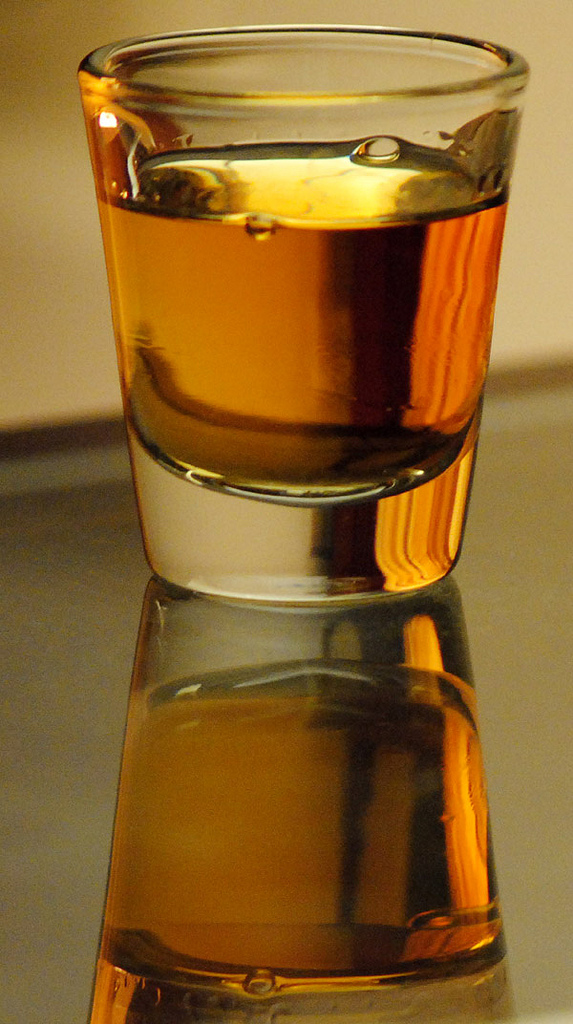 The title of this piece is a text message I received a couple weeks ago and I was inspired to write a piece about it. It’s a metaphorical piece about battling with addiction (not necessarily one with alcohol). The “whiskey” can represent whatever you want it to.
* * *

Whiskey was my drink of choice for a year. I can’t tell you I had a preference or favorite cocktail, it all burned the same. I used to share a bottle with friends, but the strong taste kept some people at bay. There was something about the taste I couldn’t get enough of. Some nights I could taste hints of cherry on my lips after a glass, other times it was a sharp burn – something like sewing needles knitting my throat closed – after each shot. After a while, the sweet cherry aftertaste subsided and the burn grew. I tried taking a break for a couple days, but I’d toss and turn in bed wondering if the bottle missed my lips or confident grasp. I kept a half empty bottle in the room down the hall. I never invited anyone in to share a drink. I was no longer addicted to the taste, but addicted to my willpower.

Each night the urge to get a whiff or a small sip fluctuated. I always found myself lying down on the floor with the open bottle on the table. I didn’t mind being inferior to the whiskey. I always knew I could stand up, tower over its neck, grab its glass torso, rip its worn wrapper, and toss it in the trash. I feared getting caught. I feared someone finding the open bottle with a serving circling the bottom. Besides, each night I’d stay on the floor. Anytime I thought of being the stronger person, there would be a pull and sudden kick in my stomach.

This bourbon gave me the biggest burden. One day I brought someone else into the room and watched them rinse out the remains and throw it away. I kept my hands pocketed and back turned. Once I heard the glass somersault down the trash can, my stomach was knot-free. I was introduced to other beverages: gin, scotch and various liqueurs. They all had a sweet alternative and a burn I could get used to. I shared my new drinks with others and kept my business at the bar.

The other day I found a sealed nip of whiskey in my bedside table. I can’t tell you when I bought it because I haven’t touched or ordered the liquor in over a year. I imagined making myself one last cocktail and calling some friends over for a night of drinks. I could invite them in and joke about throwing out such a great liquor.

Can you believe I’m afraid of letting some things go?

I can smash it. I can leave it unopened for years. I can ignore it. I can give it to someone else.

I poured the bourbon down the drain and tossed the bottle in the trash. Some burdens aren’t worth the hangover.