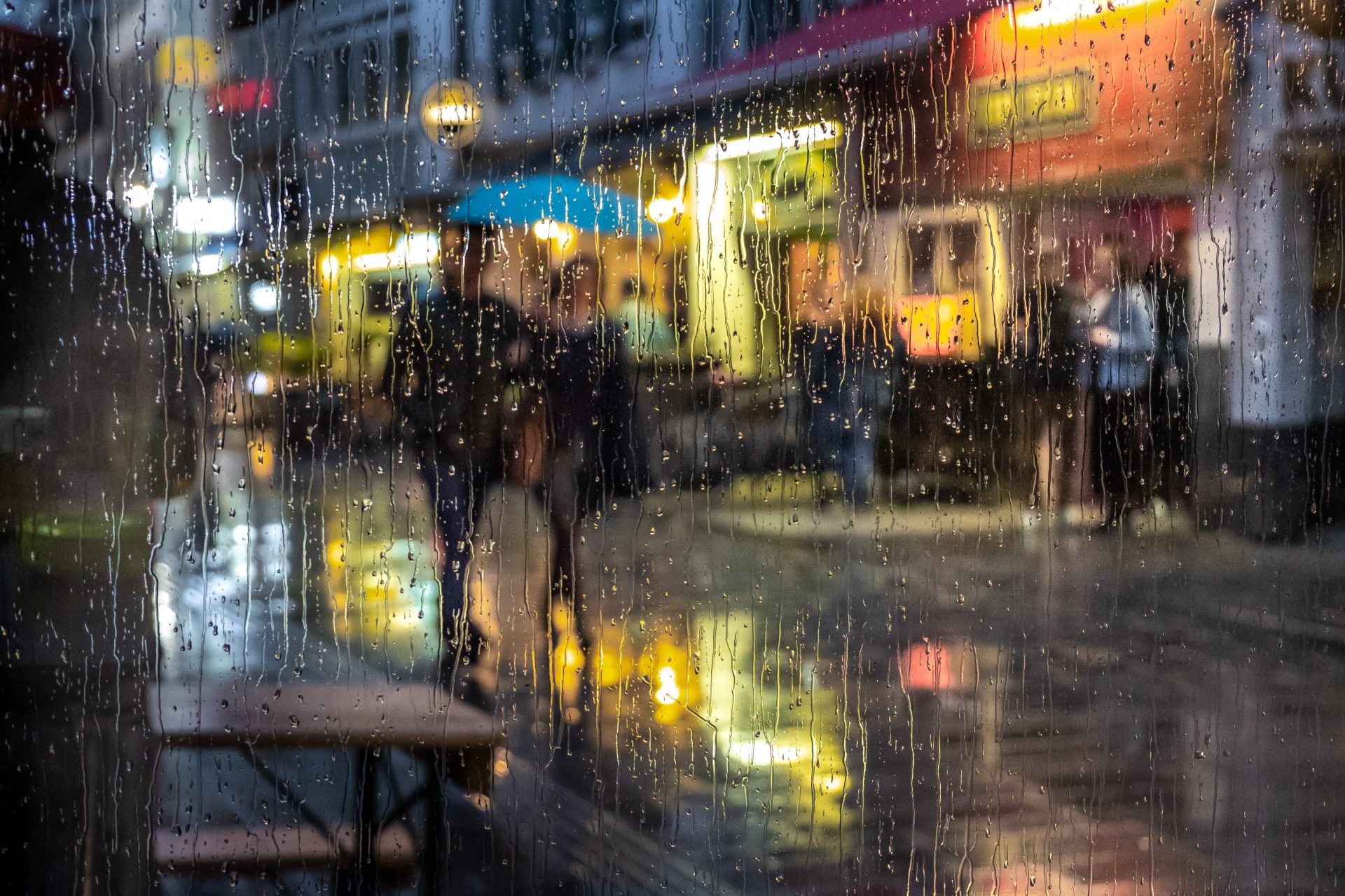 The sky darkened that afternoon; the sun lost itself in a confetti of clouds. The air was still hot and humid but, a chill passed me like a fly. Restaurant staff members were folding outdoor chairs and tables in a hurry. I could see their pocketed receipts and order slips blow in the wind like handkerchiefs. Everything felt so rushed and yet, the dark cloud was a sky tortoise, hesitant to shake off its shell.

I was walking back to my car with a diluted mocha in hand. With each step I took, it was like jumping from canvas to canvas of an indecisive painter. Some patches of pavement had glitters of sunlight while others had families huddled under awnings ready to brace the incoming storm. The docked tug boats were rocking in unison as waves somersaulted towards the decks. Customers who were once sitting outside, started making their way indoors and used their menus to shield themselves from the wind. I watched one patron hold onto a drink menu for dear life as if it were an inside out umbrella.

I turned down the street where I had parked and suddenly a couple raindrops met the ground. Each drop fell independently, scattered even, this indecisive artist was suddenly inspired by Pollock. Standing near my car was a man smoking the last bit of his cigarette. “Beautiful day, huh?” he says to me before tossing his collection of ash.

Before he could light his second, the clouds rolled off to the side like stage props. The sun was back for its afternoon encore.

That’s the wonderful thing about storms, there’s always something beautiful behind them.