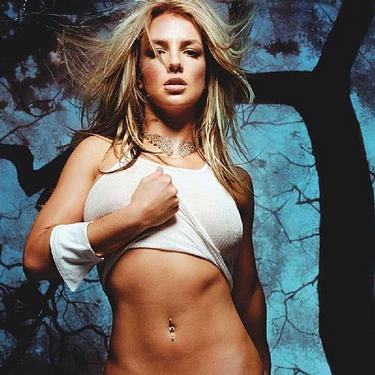 This question has sparked a majority of my friendships in the past few years. Most people are surprised to hear that I am a huge fan of Britney Spears. I thought my blonde highlights and passion for lip-synching would be a dead giveaway – but I guess not! This past weekend, celebrating my 21st birthday, my parents bought me tickets to see Britney Spears in Vegas. I can’t even describe how happy the surprise made me…

But when I can tell you is this obsession over the pop princess is merely a new obsession.

When I was younger, I grew up listening to classic rock – George Thorogood, Lynyrd Skynyrd, The Stones – and had very little interest in “pop” music. All through elementary school, I disliked Britney Spears. Her sexy schoolgirl look did not interest me at all. Instead I looked up to artists like Avril Lavigne – especially when I started playing the guitar at age 9. I aspired to be a rocker chick that is decked out in baggy pants, wallet chains and wife beaters. I never aspired to be anything far from cute.

The earliest memory I have of listening to Britney Spears was when I was seven years old. I was at a Halloween party and I wanted to go home. In the background I heard her song “Lucky” and almost broke down crying. From that point on, I didn’t listen to Britney. I didn’t watch her videos on MTV or read articles about her in Tiger Beat. I was done.

A couple years later, I was at a friend’s house and Britney’s video for “Toxic” premiered. Because I had avoided her at all costs, I recall thinking to myself, “Who is that?” when watching her dance in a sparkly nude suit. She was still portraying the sexy girl look, but the hook was so catchy and I couldn’t look away. I felt like I was betraying Avril Lavigne when my interest in Britney gradually grew, so I kept it under wraps.

My full-blown obsession did not happen until high school. Freshman year a family friend bought me her recent album “Blackout.” At this point, this was the only Britney album I owned. I put the CD into my boom box (yes, my boom box), sat on the floor and listened to the whole thing from start to finish. At that point I had fallen in love.

Funny right? I fell in love with her music and persona when she had started to spiral down. Years 2007 and 2008 were rough for Britney (i.e. shaving her hair, mental breakdown, awful performance at the VMA’s). But fuck, her songs were catchy and sexy on “Blackout.” To this day, it’s still one of my favorite albums.

I love Britney Spears because of my relationship with her music. When I was younger, I didn’t understand the content of her bubblegum pop songs. I was seven years old! I didn’t want to admit I had a crush on someone or chase after a guy who drove me crazy! I had zero reality with the material.

But when I started listening to “Blackout,” which is similar to all her other songs, but more mature in some aspects, I was crushing wicked hard on some guy who ended up being my boyfriend eight months later (and we are still together six years later)! I had this love/hate relationship with Britney, which I think turned out great in the long run.

As for Avril, my obsession with her started fast and died hard! Hello Kitty my ass.

When I saw Britney perform Saturday night, it brought a feeling that was beyond nostalgic.

Yes. Of course she lip-synched the whole performance.

But she is still an entertainer and she puts on quite a show.

She is still the pop princess.

Her music brings me back to the day I was anti-Britney and that’s what I love so much.

She puts me in The Zone.