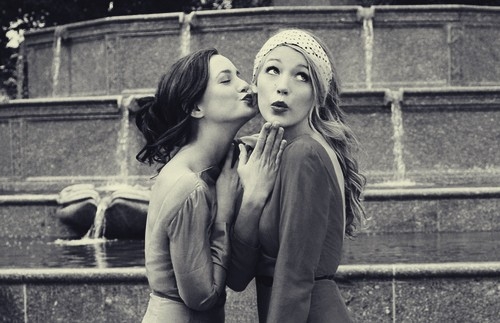 If you’re just friends, you probably have a lot of things in common.

If you’re more than friends, there are more than likely mutual feelings shared between you two. There is the sexual tension; you two have probably discussed being together. You might have been intimate with each other, or you both really want to go to that next level and make it official.

These are very common connections.

Recently, I’ve noticed that many people assume too much too quickly. Although they understand the other person’s intent (i.e. they want a friendship; they want to date), they tend to jump to conclusions.

Look, I’m all for the whole concept of “actions speak louder than words,” but when did asking someone for his/her phone number become taboo? If someone wants to get to know you better – as a friend –  he/she has the right to ask for your phone number. That’s probably a good thing! You want this person to communicate with you, right? Personally, there are definitely certain things I prefer sharing on the phone than over Facebook chat.

I understand that the exchanging of phone numbers tends to happen in a club or party scene:

Random Guy: Hey, give me your number.

But, let’s be honest. If you’re a girl and another girl asks for your number because she wants to chill, are you instantly going to assume that she wants you like that? That is ridiculous.

I’m sorry, but how narcissistic are you? If I’m asking for your number, it’s because I like you and I want to hang out with you. I want to be “friends.” Does that word even exist anymore?

One thing I really appreciate about this generation – this time particularly – is that, everyone is very open about their sexuality. People post their sexuality on Facebook; they openly talk about their relationships (heterosexual or homosexual). But there’s something that I really cannot stand about this time. People assume way too much, just after witnessing the smallest action. Politeness is often confused for flirtation.

A friend wants to hang out. (Hey you! Yeah, you! They just want to hang out! Spend time with this person)!

For those who quickly assume, they tend to be really bad at hiding it.

Let’s use some names in this example…

Kelly meets this new person, Lucy. Lucy is nice and considerate and Kelly jumps to conclusions:

“Hmm…why is she talking to me so much?”

“Does she actually think I’m cool?”

“Why does she want my number?”

Kelly, calm the fuck down.

Kelly gets this idea in her head that there’s an underlying meaning to her friendship with Lucy. It’s silly.

Yes, of course, any relationship could always be more; but until that other person starts being more affectionate and available, look at them and treat them as a friend. You will psych yourself out. Most of the time, you are the only one who is thinking there is more. You fear that they feel that way too, but also don’t know what to do about it, so you leave. You stop all communication.

Trust me, that new friend of yours notices the change. You two used to text everyday. You’d occasionally get lunch or hang out after school; and now, you have fallen off the face of the earth. This poor new friend of yours, is going to start re-analyzing the shit out of the last time you two hung out. They are not stupid.

You two did not stop talking because you “grew apart.” You two just met.

You two did not stop talking because of a “misunderstanding.” The last time you hung out, you both had a positive time.

Lucy did something so small and so innocent that triggered Kelly. Now Kelly thinks there is more to this friendship.

Stop assuming things. Sometimes a friendship is just a friendship. Leave it be. If Lucy was actually into Kelly, it’d be obvious. When someone is into you, you know. When there are mutual feelings, everybody else notices too.

Hey, it’s cool if you have a crush on your best friend or whatever. But don’t let it control your life. Before you know it, you’re going to sabotage something that was really good and healthy for you. Respect what your friend wants and don’t take everything so seriously.

Have fun; that’s what friends are for!