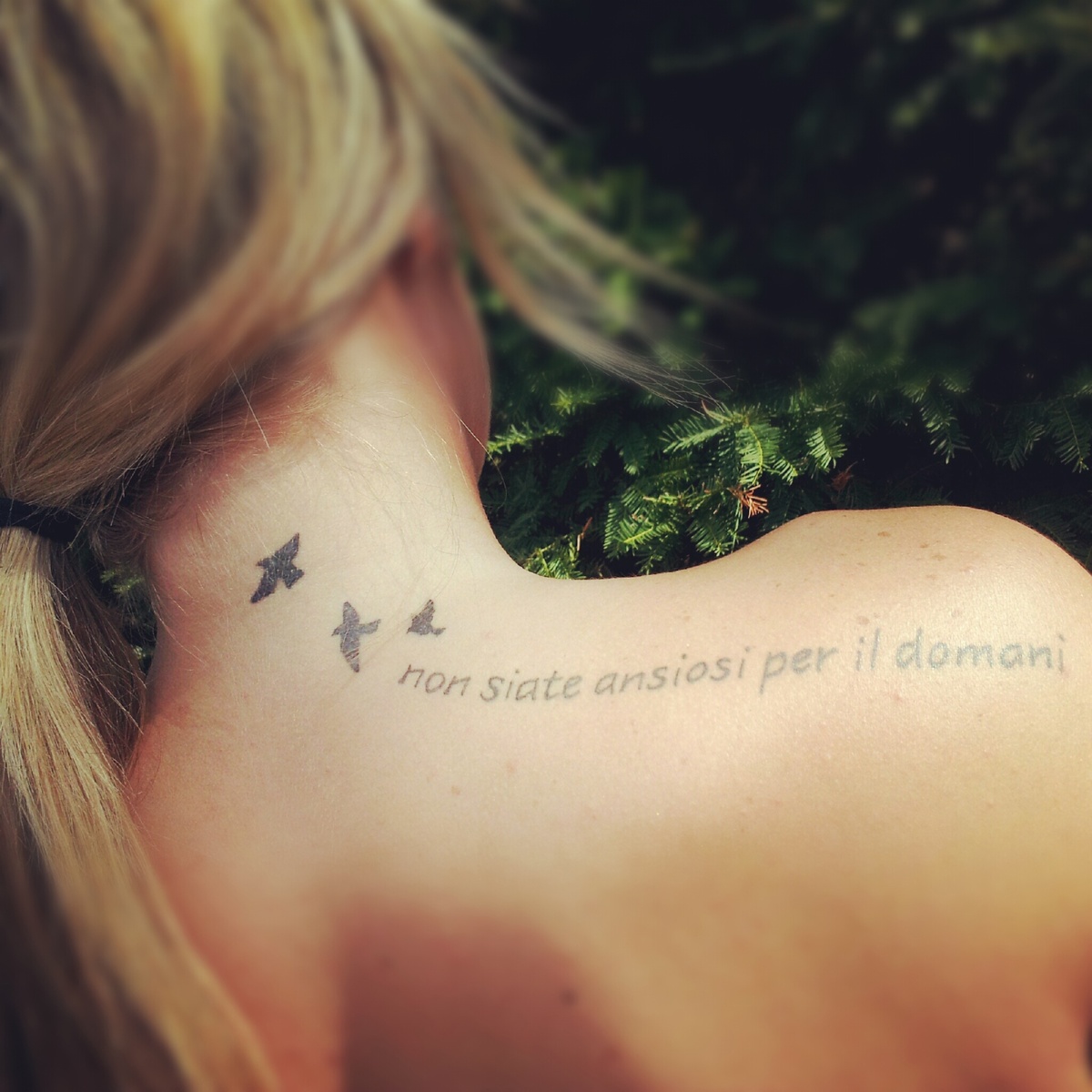 Joe orders us each a pint of Guinness and tells me real men leave the bottled stuff for babies. Guinness is a thunderstorm in my glass; the beer head is thick like a cloud. Joe takes his first sip and lets out a loud exhale before slamming the glass down on our table. “Pool?” he whistles to get a waitress’ attention. All the women in this pub respond like dogs: heads turned, pupils dilated, naturally salivating. A waitress who wears her hair in a ponytail walks over to us. She grabs the pen from behind her ear and starts rubbing it and rolling it between her hands like she’s trying to start a fire. I’m sure Joe has ignited a fire in her, because she can’t stop smiling and all her words turn into giggles. She attempts to get a couple sentences out before escorting us to the billiard room in the back. There’s four pool tables with all different felts. Joe points out the table with a knock-off Jessica Rabbit design imprinted in the cloth.

Ponytail grabs us a tray of balls and giggles one last time before leaving. “You hungry, bud?” Joe’s jacket is off and he’s racking the balls. Even in this poorly lit billiard room, he looks like he is cast for the next James Bond film. His beard is overdue for a shave, but it still accentuates his jawline. Anytime I’ve tried to grow a beard, it ends up patchy and I have a weird bald spot beneath my chin.

We both order a burger with no mayonnaise and he lets me break for the first game. He mumbles something to the effect of, “you fucker” under his breath and gyrates around the table, with pool stick in hand, like some tightrope walker, gearing up for his next shot. His attention darts from one ball to the next and his lips quiver. I think he’s whispering some formula to himself. I once watched a video tutorial on professional billiard skills. I think about encouraging Joe to put some English on it, a suggestion noted in the video, but I doubt he knows the reference. For his first shot, he gets two balls in and he celebrates with a victory sip. “You just got to put some English on it,” he says patting me on the back. This fucking guy.

He prepares his next shot by moving his stick like a wand in one hand and waving his fingers in the other. I don’t know if he’s doing math or attempting to resurrect the knock-off Jessica Rabbit from our table. “Red heads, right?” he smirks before tapping in another ball. He grins slyly and runs his fingers along the wool material. “You like?” he asks gesturing at the table’s design.

“Jessica Rabbit?” Her name stutters out of my mouth. The “s’s” were especially difficult, too close for comfort. “I’m alive aren’t I?” Joe jabs a full fist into my chest and hollers like he’s at a football game.

He ogles at the balls like they are a pair of tits before planning his next move. “It’s Kelly, right?” he asks without breaking eye contact with the bingo-numbered boobs. “You should invite her here. Is she good at pool?” Tap! Another ball rolls in.

I shrug my shoulders. “She’d probably kick my ass at pool.”

“Yeah?” he looks up at me with that nicotine-glazed smile. “Call her up.” I shake my head and attempt to stomach a sip from my dark and stormy glass. The beer head has fallen flat at this point. He misses his shot. “You two live together, right?”

Ponytail serves our burgers and fries and a group of women who look like they are celebrating a Bachelorette party file in. One woman, wearing a pink sash with the word “Princess” written in glitter across her torso, makes direct eye contact with me when she retrieves a pool stick. Her friends, one by one, jerk their heads up like starving seagulls to give me a once over. They all giggle and the Princess of the group blushes and rolls her eyes reluctantly. I smile at her and sit down at our table with Joe. Her friends hoot and holler and can’t keep their eyes off us. They must be tipsy but they don’t look like the usual women who find me attractive: the type who order Pina Coladas just as an excuse to have something creamy dribble down their chin in public. Joe squirts a substantial amount of ketchup on his fries and chuckles to himself. I can’t stand his laugh. He always sounds like he’s quietly laughing at his own thoughts. “Back to Kelly,” he puts the ketchup bottle down, “Scarlett mentioned you two live together.”

I nod. I’m forgetting words. I can’t stop thinking about the Princess who is currently stirring a red sangria. I don’t know her name. I want to know her name. But I’m here. She’s there. Do I look good to her? She looks so good to me. She looks like the kind of woman who has a cliché Italian saying tattooed on the nape of her neck, but thinks Olive Garden is authentic. That doesn’t sound good at all but I’m enticed with whatever-the-fuck she may be or may turn out to be after another drink or conversation. “It must be pretty serious then?” Joe asks.

“Serious?” I take another sip but the taste is unbearable at this point. “It’s not really official. I don’t have a place to live so,” I bite into my burger. Joe takes a bite from his.

Mid-chew he glances over at the wannabe-Bachelorette party. “They are talking about you.” I laugh it off and take another bite. “Don’t play dumb,” he says, “you want to go over there. I see it!” He eats a handful of soggy fries and washes it down with the rest of his Guinness. He grabs his car keys from his pocket and tosses them over the table. They fall into my lap. “You can say the car is yours.”

He pushes them back. “It’s a Dodge Challenger Hellcat with a 6.2 liter Hemi, manual; can you drive stick?”

“Like they are even going to know what half those words mean. All women need is a nice button-down, thick wallet and something shiny.” He picks up his keys and shakes them. “You’ll be golden.” He retrieves a condom from his back pocket and pushes it towards me. “Don’t get her too excited. Stained leather is such a bitch.”

He doesn’t know me. Does he really think I’d stoop to his level and pretend to be a prick who drives a Dodge Challenger? I don’t need a car with over 700 horsepower to compensate for the fact I resent myself. I rack up the balls to start a new game and I can hear the women chatting behind me. I overhear them listing off impressive job titles to see which one perfectly matches my leather belt and shirt combo: lawyer, CEO, marketer, entrepreneur. At least when I worked at the diner, the stained apron and stale French fry smell was a dead giveaway that I didn’t make more than ten grand a year. I wear a primary colored shirt and dress pants to a pub, and suddenly women want to have a conversation. That’s fucking shallow if you ask me.

“Eric,” Joe grabs the cue ball, “I’m fucking with you.” He breaks this round. “Women don’t even give a shit about that stuff. If a woman only likes you for the car, she’s not the one.”

“I know,” I say, “that’s why I’m with Kelly. She doesn’t even understand my fascination with a Benz. I kind of love her for it.”

We finish up dinner and our last game of pool. Princess and her clique end up leaving without saying a word to us. Joe says she looks like the type of woman who has a cheap neck tattoo of a quote written in Chinese or Hebrew. “That’s why she’s a princess, not a queen,” he says after requesting the check from Ponytail. “What do you think of April?”

Everything around me muffles: the music, the pen fumbling with his signature, the customers at the bar. I drown everything out expect for my thumping heart. It’s all I have left.

“For the record Eric, everything we talk about tonight stays between us. I don’t blame you man,” he leans in closer and lowers his voice, “she is a manifestation of every preteen wet dream and she thinks you’re the shit. If I were you, I’d fuck her like I was getting paid commission for it. Guys who claim to turn down Aprils are either lying, in the closet or castrated.” We both laugh. We laugh and it feels amazing. It’s the first time I feel like he isn’t judging me. It’s the first time I am certain he’s not going to tattletale to Scarlett or tease about termination. “You have a great girl and I know you love her, but love doesn’t stop you from wondering.”

“There’s no harm in thinking about an April, but taking action with an April never ends well.”

He smirks and tucks a cigarette behind his ear. “I’m sure that felt pretty shitty coming from Scarlett, huh?” Damn he’s so right. “Here’s the truth Eric. I lost the love of my life because of an April. I was married for ten years and,” he claps his hands, “gone! It starts with the little talks, the flirting, the staying after work to hang out more.”

We walk out to the parking lot. His Challenger is already turned on, the engine is growling.

“What if April just wants to hang out?” I ask when we sit in the car.

“Then I hope you find a new place to live,” he switches on the ignition, “because you can kiss your relationship with Kelly goodbye.”