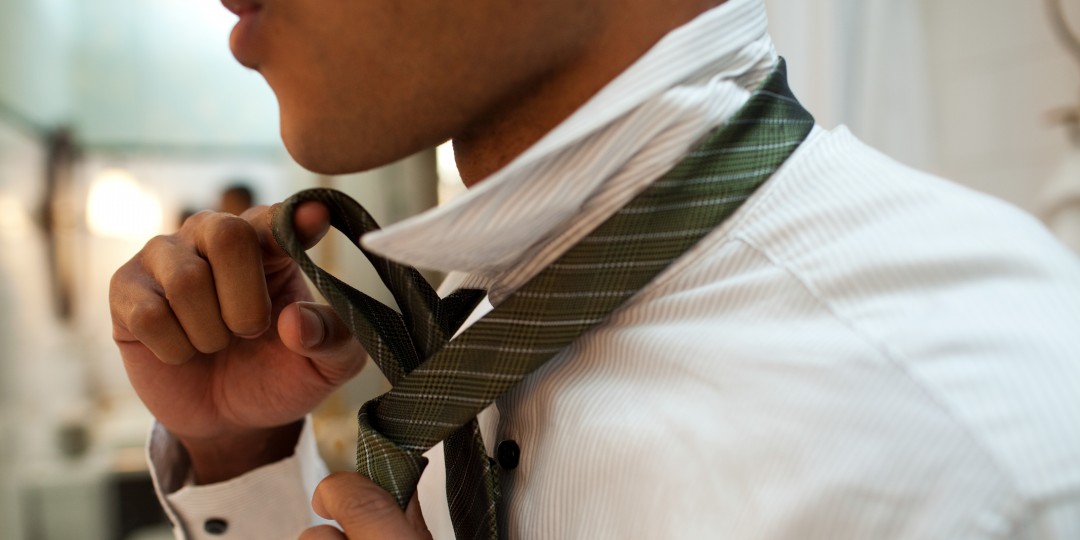 I sold my first car today.

Joe considered this customer to be a “lapper.” She treated our lot like a maze, the way she strutted between the rows of sedans, stopped at every third car before turning back or pivoting to the next aisle of inventory. Her name was Julie Ballenger and she was a returning customer. She had previously worked with Jesse J, who she remembered having Bat Man branded gauges. Joe told me Jesse J left the company to pursue his dancing career. “With a name like Jesse J there’s only a couple industries made for you,” Joe said holding in a laugh. I wondered if Jesse J had danced for Julie. Each time she mentioned his name, she lightly pulled or flicked at her earlobe like it was code for some type of cartilage fetish.

Before I ventured through the maze of cars, I searched for her in our customer records. “You have to treat returning customers like they never left,” Joe told me and handed me a pen and pad. He had me write down the basics about her last transaction and then a couple quirky observations Jesse J listed in his personal notes. Joe burst out laughing, “that one!” he pointed at my computer screen, “mention that, she’ll buy anything from you.”

I was suddenly parched when I stepped on the lot. It felt like my mouth was packed full of saltine crackers and there wasn’t a drop of water in sight. I had never sold anything bigger than a lasagna. A couple weeks ago I had miscounted the register at a diner and now I was moments away from pitching a lease payment on a brand-new BMW. Julie looked like she was on an album cover; the way her blouse matched the red convertible beside her and how the gliding birds reflected off her aviators. She raised up her sunglasses; they rested on her head like a crown. I greeted her by her first name in exchange for a handshake. She smiled, asked for my name in return and said, “my oldest son’s name is Eric.” She didn’t look a day over thirty; the fact that her son is probably older than me is unbelievable. She didn’t have any distracting jewelry on her fingers, just a tattoo of a wilted rose on her right wrist.

“Nice piece,” I said glancing down at her hands, “did you ever end up adding that quote?”

She blushed and suddenly didn’t know what to do with her hands. I made some kid named Eric’s mom gun-shy. She removed her sunglasses and pushed her hair wisps out of her face. She rolled up her sleeve and revealed the cursive on her forearm.

“‘She warned him not to be deceived by appearances, for beauty is found within.’ My girlfriend loves Beauty and the Beast.”

“Is that so?” she giggled and kept her sleeve up.

“Of course! I mean, it’s pretty obvious that she isn’t dating me for my looks.”

“Do you keep her out of your West Wing too?” Julie giggled and a part of me felt like we weren’t talking about a Disney movie anymore.

We continued to aimlessly walk through the maze of chrome and metal. I had a pocket full of keys to cars she’d be most interested in, based off the notes in her customer profile, but I was in no rush getting her in a new car. She had stopped by to renew her lease on an X5, but was considering purchasing her daughter something. It was weird to think that Julie was somebody’s mother. She reminded me of the actress who starred in Fountain of Wayne’s “Stacey’s Mom” music video, except I wasn’t an eleven-year-old hoping for a kiss on the cheek after mowing her lawn; I’m a grown-ass man who can plow her better than her son’s biological father.

She picked out a brand new X5 for herself and grabbed a pen from her purse before I printed out her new contract. She passed on the test drive and told me, “I know how it feels,” before chewing on her pen cap. She had the whitest teeth I have ever seen.

Before the deal was finalized, Joe greeted Julie; they spoke to one another like they were long-lost friends. “Three years go by fast,” she said with a smile.

Joe winked at me and I suddenly got chills, it was like someone poured iced tea down my shirt. “You’ve got to love lessees,” he said, “they are bound to come back.”

Julie’s new X5 was parked out front with a new inspection sticker and keys already in the ignition. One of my coworkers handed Julie a Benz & Beamers personalized care package filled with B&B branded air fresheners, pens, M&M’s and refrigerator magnets. This place really is an amusement park.

Although there were other customers on the show floor, as soon as Julie drove off, Joe cheered like he was at a football game. He gave me such a huge handshake, I thought he was going to pull my arm out of its socket. He called over one of the women standing by the entrance and all my other female coworkers followed suit. I blinked and every single female employee was circling my desk. They all clapped and congratulated me. Joe had his cell phone out recording the whole thing. I felt like I was in the middle of a séance ritual and I was moments away from levitating. “Who wants to do the honor?” Joe asked.

“I will,” April shouted from the back of the crowd and made her way towards me. “Congratulations Eric,” she said. I smelled cigarettes on her breath. She started to loosen my tie and all the women started hollering like they were at a Bachelorette party. April tugged my tie hard at one point, but I kind of liked it. Joe started howling and stepped closer to us to get a better angle. When she finally undid the knot, and pulled the tie through my collar, I felt the fabric tickle the back of my neck and when she looked up at me after tugging the tie free, I felt a tickle elsewhere.

Joe shook my hand again and brought me to his office upstairs. He had a white board above his desk like Scarlett, except his had the names of all my coworkers. Next to my name, he wrote the date, car’s make and model and customer’s name. He had a bureau in the corner of his office. Every drawer was filled to the brim with ties, all different colored ties, a few bow ties and even a couple handkerchiefs. He tossed my tie in the top drawer and threw his arm around my neck like we were long-lost friends. We both glanced over at the window overlooking the show floor for what felt like the rest of the afternoon.

There was a soft knock on his door. Scarlett walked in with a huge smile on her face. She shook my hand and congratulated me, but didn’t break our embrace right away. We remained holding hands and our arms lightly swung. I got a sudden whiff of her perfume – that coconut cherry concoction that makes my heart rate skyrocket.

“X5, huh?” she asked looking at the board. “Impressive. The first car I sold was a used Jeep Patriot that had manual roll-up windows and no radio.”

Joe chuckled and took out his cigar box. I recognized the Diamond Crown logo right away. My Dad has the same one.

“You’re doing better than me, Eric.” She squeezed my hand and those chills came back.

“Nothing is better than you, Scarlett.” I squeezed back and I could feel her sweat. She blushed a little before letting go and pushing me away playfully. I glanced over at Joe, but he was too preoccupied with his cigar selection. “So, you’re proud of me?”

Scarlett smiled again and nodded. “Oh!” she said staring out of Joe’s window, “your ride is here.”

Kelly was outside idling in her Chevy Cruze. My heart sank at the thought of this day ending, this moment with Scarlett was ending.

“Why don’t you invite her in? We could give her a tour,” Scarlett seemed eager, but introducing Kelly to Scarlett would be like sentencing myself to death. The introductions wouldn’t stop at Scarlett either. April would have wanted her silicone tits to chime in. Joe would meander his way in too and then the whole ride home I’d have to listen to Kelly complain about the dress code. Even worse, I’m sure she and Joe would hit it off and she would have loved to rub that in my face.

I made my way back to the floor and cleaned up my workspace before heading out. In the corner of my eye, I could see April strutting towards me. She called my name a couple times but I scooted by her and almost collided with a customer who was returning from a test drive. When I turned back I found April standing between the opened automatic doors. She had her hip out and arms crossed, which made her chest look more puffed up than it already is. The doors slid closed and it was almost as if she was scared to leave the amusement park that is Benz & Beamers. It’s like she was forbidden from re-entry. I had a park hopper pass and she just had admission to one. Kelly asked about my missing tie the second I sat in the car. I told her the tradition behind selling your first car at Benz & Beamers. She squealed with excitement and gave me a hug.

Over Kelly’s shoulder, I could see the doors to Benz & Beamers slide back open and there stood April.