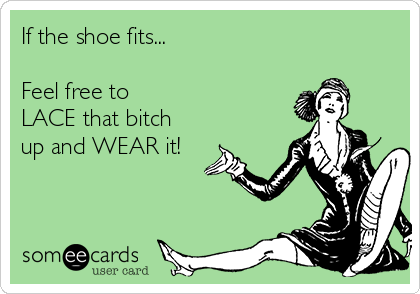 One of the best things about writing is overhearing a fellow reader rave about how realistic my characters are; how the reader feels like they know the protagonist or how they wish to be the protagonist. Although hearing these comments can be the biggest ego boost, this kind of comment can provoke a different feeling too.

In contrary, one of the worst things about writing is hearing:

Is that supposed to be me?

Is this about me?

I think that’s about me.

The first time I experienced someone forcing themselves into my work was when I was twelve-years-old. I had just finished recording a song in the studio that I had co-written with my producer. The song was titled “Laugh” and the premise was straightforward: hanging out with my friends at the mall and laughing my ass off. There’s even a break in the song where you hear all my different laughs looped into one. I can confidently say my laugh(s) have changed since the song was done (it’s still the loudest one in the room, don’t worry)!

In the song, I do not specifically reference any of my friends’ names or inside jokes. It was written so that my listeners could relate to it. There was one line before the chorus that caught a couple of my friends off guard; so off guard that they called me screaming just minutes after the song was released on my website. The line was “photo booth – this time, I’m in the front” with the adlib “say what?!” I know. It’s groundbreaking.

Because I had been in the photo booth with my friends a few times, they assumed the whole song was about them. I never mentioned their names or added in subliminal messages during the laugh track; but because of that line, they decided to take responsibility for the production of the song. I remember one of them had plans to be in the music video. I just laughed it off because I was in denial either one of them thought that highly of themselves. Although they both liked the song and were trying to take credit for my hours in the studio, working on a song that was never about them, the two of them stopped talking to me weeks after the song was released.

Got to love girl drama.

As a writer – or any other artist – it’s impossible to not find inspiration in our everyday lives. I’ve modeled my characters off baristas, waiters/waitresses, salesmen/women, for the simplest reasons. I like his/her tattoo. I overheard the weirdest conversation he/she had on the phone. I model my characters off strangers before I turn to someone I know personally. It’s not worth the hassle anymore.

Just because a character I created had the same first name as my friend, she assumed the rest of the story was a recap of her personal life.

You’ve got to be kidding me.

One of the biggest mistakes I made in my writing career was with a nonfiction piece in a workshop class. I had decided to try writing in a new style. This style had zero description. Zero speech tags. The “narrator” was never referred to by name. I had taken hundreds of conversations I had with one friend completely out of context. I listed them out in chronological order. Each text message/Facebook message had a time and date stamp, just like how it is on a cellphone. All the story consisted of was my friend’s text messages, not my responses to them. I never revealed this person’s name and titled the piece Verbatim. There was a huge miscommunication merely hours before I presented the piece to my class. Although my friend gave me permission to use her text messages as content, she didn’t think I was going to share them verbatim. Some of her text messages mentioned people’s names – people who didn’t even go to our college – and she felt like I had crossed a line.

It was a risky piece. After I presented it, my friend stopped talking to me for two years.

In both situations, I ended up in the same circumstance. I wrote something, someone reacted to it, took it to heart and stopped talking to me.

Maybe I’m a bit heartless, but I find these two instances hilarious. As an artist, you can’t win. If you write about a personal experience, readers will assume it’s made up. If you write a piece of fiction, readers will think it’s a memoir. Naturally, we find our material in what we observe. We are inspired by people we meet on the street, little quirky things our friends say or do, bits of adversity we experience with a loved one. If I had never asked my friend for permission to share her text messages, would she have ever known? If I didn’t sing the photo booth line, would my friends still have seen themselves in my lyrics?

Nothing is more annoying than finding out someone is talking behind your back or spreading your secret across your clique of friends. I believe gossiping and causing mischief are acts provoked by boredom. When you’re bored with your own life, you find entertainment in other people. Sometimes we look to others for inspiration or we search for flaws in other people, the type of flaws we’d never admit to having ourselves.

I think there’s a huge difference between putting someone you know in a piece a work versus putting them in your everyday candid conversation. When a person writes, they are awakening their passion; it takes more of an effort to get the ideas flowing. When a person talks freely, or merely gossips about another person, not much thought goes into it.

If someone were to create a character based off me, I’d be extremely flattered. Even if the character ended up being an antagonist, it’s still humbling to know something I said or did prompted an interesting story. Then again, I’d rather not know if someone developed a Dahv-like character.

I’d rather let the story speak for itself.