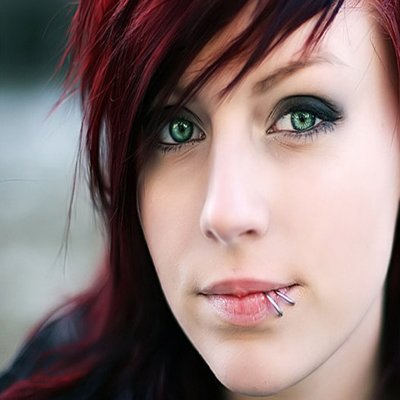 Today was the first time I watched someone fall in love with me. The person of someone’s dreams won’t always have the greatest sense of style, best paying job or most expensive car on the lot. He probably flips burgers for a living and got his car towed the night you two met. He doesn’t know the difference between Tanqueray and Bombay, but can quote every Adam Sandler movie word-for-word, and brings you Dunkin Donuts before you wake up the next morning. He always dreams of doing better, but five years will go by and he’ll never get the balls to leave his shitty job. You become his full-time job. Keeping you happy is his weekly bonus. You are his dream job. You are the big office on the fiftieth floor with the bay windows overlooking New York City on New Years Eve right when the ball drops. You are his firework spectacular, but he smiles knowing you only shine bright for him. I want to be someone’s firework show. I want to be someone’s reason to dream of the big promotion when they hand in their resume for a job interview. I watched her fall in love with me and that’s when I knew quitting my job was the right choice.

The diner was busier than usual and we were understaffed. I had my outfit on from the night before and all the customers looked over at me, one by one, when I walked in. It reminded me of how the unhappy married couples stared at me when I followed Scarlett to our table, except this time, I didn’t have a beautiful woman with me, so the diner-dwellers squinted with more confusion than hate. I wish I had a beautiful woman with me this morning. Would have been great to overhear someone choke on their pancake or spit out their coffee. It’s awesome to have a beautiful woman beside you for a moment – gives you an opportunity to fantasize about having her for the night. It’s okay to think about that because I know all the bystanders would be thinking about us fucking too. In this fantasy I know all the moves, I last longer than her and even after she gets tired, she begs for more. I’ve never liked the theory, “If you think of something, it’ll happen,” but I can make a few exceptions.

As soon as I put on my apron, I start counting down the hours I have left until I see Scarlett. Every time a red or white sedan pulls into the parking lot, I check for its emblem and license plate. Halfway through my shift, a redhead came in and sat on one of the barstools. From the back she looked like Scarlett, but when she turned towards me, I noticed a lip ring and couldn’t help but wonder how Scarlett would look with one of those. She’s too professional to do something like that to her face. If she had a lip piercing, I bet her smile would be more distracting. There was an hour left of my shift and my boss Mike walked in with a box of Styrofoam cups. He asked me to put them away and tapped the bottom of his cigarette carton. He looked me over and his lips pursed and shifted side to side like he was biting the inside of his mouth. He pulled out an envelope and handed it to me. “When you’re done putting those cups away, come out and talk to me.”

Inside the envelope was my check from last week. It’s forty dollars short and Mike left it unsigned. I followed him to the parking lot and pulled on the door before it shut.

“Afternoon Speedy Gonzalez,” he lit up and blew the smoke in my face. “You put those cups away fast, Eric.” There was that kick-back of phlegm sound again.

“Are you going to sign this? I also worked fifty hours last week. You’re missing a zero.”

“Wow! You know math all of a sudden?” He took another puff. “You left my drawer fifty dollars short the other day, so-”

“So, you’re trying to teach me a lesson?” I wanted to push that cigarette down his throat and use his tongue as an ashtray. I was dressed ready for a promotion, not a mind fuck.

“You should thank me. I only took off forty, not the full fifty.”

Mike stopped mid-puff. “What was that Eric?”

A white Chevy Cruze with cherry balls hanging from the mirror pulled into the lot. I had never felt so excited and angry to see Scarlett in my life. She was my damsel on a white stallion coming to save me. But that’s not right. I wanted to be her king; she’s already a queen in my eyes. I took off my apron and handed it to Mike. “Forget about the check.” I approached the Chevy Cruze and find Scarlett already smiling at me. She made the car look so good. Mike yelled at me but didn’t move until he finished his smoke. I turn back at him one last time, shrugged my shoulders and said, “I think we are done here.” Mike put out his cigarette, tore up my check and went back inside. It felt great to be my own Jack Donaghy.