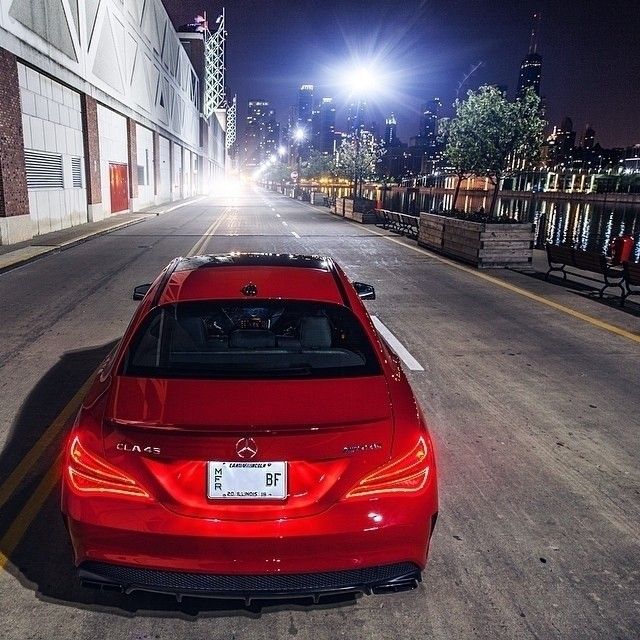 Being in Scarlett’s car felt different the second time. Kelly’s Chevy Cruze was ten miles away from running on empty and my wallet had already reached its limit for the night. There’s nothing worse than asking a favor from a woman who just turned you down.

I’ve been rejected a number of times in my life, but being turned down by a woman like Scarlett is like having an expired all day pass to Disney World. You’re moments away from taking a picture in front of the castle with your Mickey Mouse ears and Goofy shirt to match, but the security guards at the entrance don’t even bother to look through your mom’s purse, scoff at your tickets and then direct you back to the parking lot.

This evening with Scarlett is an adventure in itself. Hearing Scarlett laugh at my stupid jokes gives me a feeling no rollercoaster could ever suffice. On our drive back, we pass Benz & Beamers. The water fountain lights up each time a logo appears – blue for BMW, silver for Mercedes. There are no men in the lot picking out cars for the saleswomen to straddle. The lot is empty except for the cars’ that’s headlights look like bulging eyes in the dark.

At the next intersection, we idle next to some guy with an uneven chin strap, who is smoking a cigarette in his Toyota Corolla. His Toyota is the newer body style and probably comes equipped with leather seats and a Sirius radio subscription. But it’s still a Toyota. His car is a White Castle with a wrinkly bag of potato chips and Scarlett’s is a Big Mac with a chocolate shake and large fry. On that scale, my Toyota is a veggie burger on wheat from the frozen food section. No fuckin’ thank you.

He flicks his cigarette out of the window before whistling and oohing and ahhing over the Benz. Scarlett just smiles and says thank you. He starts asking her about the horsepower and keeps telling her how beautiful the car is; he talks about how beautiful it is like he can’t even see the woman driving it. When the light turns green, his engine revs and tires squeak as he shifts into a new gear. Scarlett quickly taps the accelerator and the car goes flying. My heart jumps to my throat and I feel myself sinking back into the passenger seat. She looks over at me and laughs. “You hear that?” she asks tapping on the accelerator again. The engine growls. She rolls down her window and the wind dances with her hair. We are going so fast. The Toyota is a long-gone pair of headlights behind us.

This drive is something out of a knock-off 80’s movie – like a Breakfast Club To Go or Beauty in Burgundy. We just got released from detention and can’t wait to cause more chaos. She’s the beauty queen whose gone bad. The biker babe you hate to love because you know she’s playing games with the protagonist, but you know you’d fall for her too.

Scarlett rolls her window back up and pumps the brake a couple times. “That’s the third time today I had to do that,” she laughs and pushes her hair away from her face. “The car is a beauty, but she’s a beast!”

I feel my phone go off in my pocket and everything starts to settle back in. I’m about ten minutes from being home and I have no idea what to tell Kelly. I have seven bucks left from the twenty she originally gave me, but her Cruze is currently sitting in Scarlett’s driveway with an empty gas tank. Luke is probably still there to help calm her down. I bet he’s in the kitchen brewing her a cup of chamomile tea to relax her enough so he can slip it in. After she confronts me, he can pound her to the tempo of some reggae playlist on his Spotify. Luke always listens to reggae or dubstep. I don’t understand how the same person can enjoy those two genres. I also can’t understand why that type of music makes anyone want to take his or her clothes off. When my dad first started dating Dina, he’d put on his Billy Ocean or Boyz II Men cassette tape in the car. He always told me 90’s R&B is a major panty dropper, even if the woman was brought up listening to country.

Scarlett turns down my street and my heart starts pounding again. This time, I wish it would jump out of my chest. “Is this it?” she says pulling off to the side. I just nod. The house is dark except for the light coming from the kitchen window. Kelly is probably sitting at the kitchen table waiting for me to walk through the door. I look over at Scarlett and she smiles without showing teeth and quietly yawns. It’s a little past midnight. I’m not ready for the evening ahead of me. I want to stay with Scarlett. I wonder if she’d let me drive us back. I want to slam on the accelerator and make her laugh again. Would I look better if I drove her Mercedes? I wonder if my sweat stains would disappear. I bet the car would make me smell better too. She’d get so hot watching me drive her home. I want her so bad I wouldn’t even bring her upstairs. She’d leave her dress on, lean over the couch and already be dripping wet. I’m Scarlett’s type. Her dream guy. Sure I am. The only person I’m kidding is myself. She thinks the Chevy is mine and I still don’t have a chance.

“Who drives the Toyota?” Scarlett asks.

I suddenly feel so nauseous and want this moment to end. “My roommate.”

This is the moment when I wish I could have gone back.

“Are you going to be able to get to work tomorrow?”

I nod. I really have no choice at this point. I’ll be better off at work. Getting no tips at work is better than Kelly yelling at me. My income is unstable, but her grudge will outlive me.

“When do you think you can come get your car?”

My car. My car. The one parked merely a yard away from me. “I honestly don’t know,” I say, “to be honest, I kind of fucked up tonight.” I want to tell Scarlett everything. I can’t live with this sick feeling building up inside of me. The word vomit is starting to burn. “I’m sorry for –”

“Eric,” she touches my arm. “There’s no need to explain yourself. Let me help you.”

“You’ve done enough, Scarlett. You bought me dinner, you took me home. I owe you a lot for tonight.”

“I’m sure your roommate will understand.”

“She won’t.” Scarlett and I make eye contact. She pulls her hand away and sighs.

“Eric, I don’t want to get in between anything –”

“You’re not!” I yell. “Scarlett it’s not like that. She’s just a friend who is helping me out until I get back on my feet.” The word vomit tastes awful as it comes up. “I dropped out of college and have been staying with her since. I have no one.”

Scarlett sits back and stares out her windshield for what felt like an hour. She takes out her cell phone and starts texting someone. I bet she’s telling her fiancé about me. I’m some semi-homeless college dropout who tried to put the moves on her. “Give me your keys,” she says. I hesitate. “No questions asked,” she says, “keys please.” I hand over Kelly’s car keys and it felt like a part of me was leaving. “When do you get off of work tomorrow?”

She places the keys in her center console. “Two it is; I’ll see you then!” She leans over and gives me a hug. She smells so good, I could cuddle up into her and fall asleep. Scarlett is my chamomile. “I want you to still think about my offer Eric.”

“I don’t understand. Why do you need my keys? You don’t –” Scarlett puts her finger to my lips and I feel myself sink back into the leather.

“You’re not going to have me explain myself, are you Chevy Boy?”