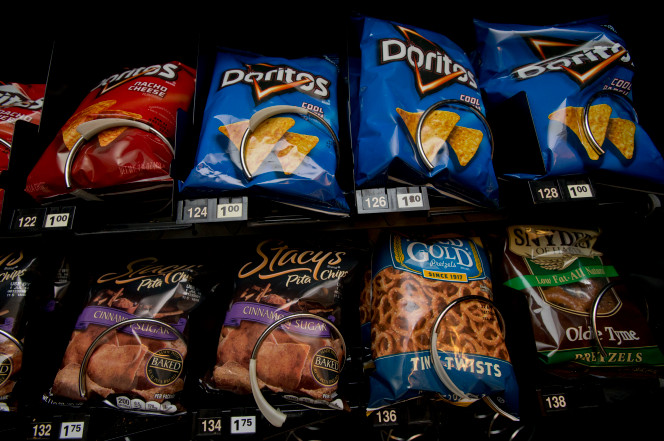 Scarlett drives a red Mercedes with dealer plates. Every time she turns in, the harelip BMW follows. Some Saturdays her fiancé will run fifteen minutes late. She’ll be cutting into her second pancake when he pulls in. I love those Saturdays.

I have fifteen minutes to initiate a conversation.

I have fifteen minutes to pour myself a cup of coffee and join her.

I have fifteen minutes to hear her laugh over something I say or do.

I usually end up spending those fifteen minutes cleaning up behind the counter or starting a new pot of coffee. Every time I approach her table with a new cup of coffee or plate of pancakes, she’s staring out the window or scrolling through her phone. Sometimes she picks at her compass tattoo, maybe to see if it’ll start working.

“That’s a cool tattoo,” I told her one morning when her fiancé was in the bathroom.

I put down the coffee pot and pulled up my sleeve.

“Is that an asterisk?” she lightly touched my forearm, right beneath my tattoo, and let her finger circle the small design like a paint brush. It tickled and I felt my hands and feet grow sweaty. I feared having to walk away in case she could hear my wet socks squeak in my sneakers.

“I was an English major in college,” I said before pulling my sleeve down. “Even though I’m a major grammar Nazi, the asterisk reminds me there’s always room for mistakes.”

“Or it gives you an excuse to be an asshole,” she giggled and grabbed my arm. “I’m playing.” Her hand started to make its way down my arm to my wrist. “That tattoo is awesome.” I felt her fingernails tickle my palm. “My tattoo reminds me there’s always another way.”

I didn’t believe in love until eighth grade. I met Juliet Aaron in homeroom. I always thought it was weird she had two first names, like as if her parents didn’t care how weird it sounded or looked on paper. Juliet would capitalize the two A’s in her last name and keep the remaining letters lowercase. Sometimes she wouldn’t capitalize the J in her name unless we were taking a standardized test. She kept purple and pink pens in her desk and kept an extra box in her locker for backup. One of the pens was topped with black feathers. They reminded me of Gerald’s tall and tight afro on Hey Arnold. Juliet never watched cartoons as a kid. “I was deprived as a child,” she said once. She was the only student who came to school with a homemade lunch. It was usually a tuna fish sandwich on whole wheat, a bag of green grapes, and a pack of original Pringles. I grew up on Wonder Bread.

The whole class went over to Juliet’s house for her 13th birthday. She lived in a house with a three car garage that didn’t reek of gasoline or cigarettes. Juliet had the whole upstairs to herself. I didn’t see her parents the whole day. I wondered if their absence was one of Juliet’s gifts.

I wasn’t close to anyone at the party besides this kid Garret who sat next to me in physics. He would cheat off of my tests in exchange for Doritos. His dad was the janitor at our junior high and would refill the vending machines after all the students left for the day. “He can barely keep track of what time it is,” Garret said, “he won’t notice one or two missing bags.” Garret would always snag me the Cool Ranch flavor. To this day I have no idea what’s in the chips to make them taste that good, and honestly, I don’t think I want to know.

Garret and I stood by the snack table for most of the party. There was no Cool Ranch, but there was a pizza with every popular topping.

“My mom only gets Dominos on my birthday!” Garret grabbed a paper plate and started grabbing slice after slice. He must have piled on seven slices of pizza. His plate slowly collapsed under the weight of the grease. I never saw someone get so excited over pizza. I was always a hamburger kind of guy.

When I saw my dad on the weekends, he’d always invite his friends over and make me a burger before anyone else. He’d make them right on the grill even in a snow storm. After all of his friends would leave, his girlfriend Dina would come over. He never called her his girlfriend. Dina was his snow blower. “When I’m feeling cold she knows how to warm me right up.” Dina was tan and blonde. She looked like a deep fried Twinkie. My dad told me the best women taste like a Twinkie. Dina must have been an acquired taste.

There was a box of Twinkies on the snack table. Juliet didn’t eat any Twinkies that night. She didn’t eat much of anything.

My dad told me a lady cooks her man a meal that she would never make for herself, but a wife enjoys everything she makes for her man even if she plans to poison him that night.

Garret and Juliet started hanging out after her party. I switched seats in physics when he started stealing Cool Ranch for her. I never knew what she saw in him. She ended up transferring to a boarding school two states away and Garret was held back a year for failing physics.

“He had his first snow blower,” my dad said. “Every boy has at least one in his lifetime.”

I never had a snow blower through high school or college. Scarlett warmed me up with out having to do a thing. But she wasn’t mine yet.