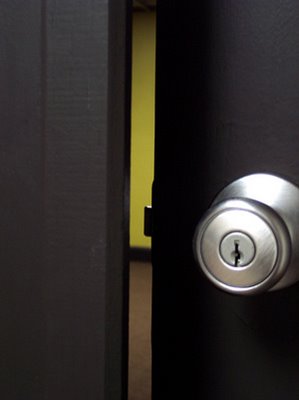 In case you need a refresher, here is Part One

I’m idling outside of Victoria’s house watching her carry in her groceries. I think about getting out of my truck to help her, but I notice Ben’s Maserati in the driveway and turn on my radio.

Their front yard is littered with campaign signs. There’s a brick walkway that leads to the front door, splitting the yard in half, and each half has at least five signs. I would be embarrassed to have the name Ben Johnson. B.J. for short. B.J. Blow jobs.

Victoria originally hired me when she first bought the house. She was interested in renovating the front porch. When she said renovate, she meant destroy. She told me front porches made her think about life too much. “My grandparents had a front porch,” she said. “They would sit on it every morning, sipping some tea, watching cars drive by, watching their memories drive off.” Sooner or later, we started spending more time inside the house than outside of it. I offered moving in with her, but she told me no one on her street owned a Ford. She started to come to my apartment until she met Ben. I met Ben’s pre-jizz face before I met his flaccid one. I walked in on Victoria deep throating him on the staircase. She was standing on the other side of the railing with her shirt unbuttoned and hair pulled back; Ben had his feet on two separate steps with his hips turned to the railing and erect dick between two balusters. I dropped my toolbox. He came.

Victoria and Ben met at a town hall meeting a couple years back and fell in love due to their mutual hatred of sex education being taught at the local junior high. Neither of them has children nor plan to. Besides the railing incident, the only time I would see Ben, he’d be heading towards the door, wearing a loosely knotted tie and pushing a plastic cover closed atop his Styrofoam coffee cup. Passing me, he would always murmur my name – accompanied with a head nod – as if the only way he could say my name was if he physically tilted his head back and let his jaw drop like a wooden puppet. The first time I saw them kiss was recently yet, it wasn’t in person. It was on the front page of the local newspaper. Ben had announced his running in the election for state representative. It wasn’t even a kiss – just a peck on the cheek. Victoria didn’t even engage with the camera lens. She was looking past the cameraman and dropped her jaw like a puppet too. They framed this picture and hung it beside the staircase. Sometimes when I go upstairs, I make eye contact with Victoria’s off-center glance. I still wonder if maybe she was searching for me in the crowd.

A month after walking in on them she had a new pair of blue emerald earrings and an engagement ring to match. She served me a cup of coffee – black with three sugars – and told me she no longer felt alone. The coffee’s steam spiraled up like mini tornados. I took a quick swig and swallowed the burn.

“Guess you don’t need me around,” I said.

“What do you mean?” She clicked her ring’s band against her coffee cup: the metronome of our conversation. “I still want more work to be done.”

“Then hire someone else.” I took another swig. This one burned the top of my mouth.

“You’ve been working on this house for years now, Clyde. You know it like the back of your hand.”

“Why can’t you talk about anything else? ‘The house, the house,’ that’s all you fuckin’ talk about!” I pounded my fist against the counter top. There was a ripple in my coffee.

The clicking stopped. “I hired you to fix my house, not my problems.”

I’m parked at the end of their street – their dead end street. This suburban stretch ends with a loop. Ben and Victoria live in the last house. From the windows of a descending airplane, this street looks like a sewing needle.