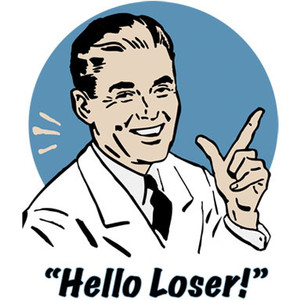 This semester I am taking a class on censorship, specifically how books have been banned or censored in the past. Below is a memoir on how I’ve been personally censored:

Kindergarten to fifth grade, I was enrolled in a private K-12 school in South Berwick, ME. Starting at the age of five, I was regulated on what to wear and what to say. During my six years there, I experienced many questionable encounters with some of the faculty members that would be considered as inappropriate; but being under the age of eighteen, my word was never trusted.

One day in the third grade, a kindergarten teacher observed me captivating the crowd in the hallway. My friends found out that I could successfully wiggle my left ear and wanted to see. Most of my friends stood astonished, with jaws dropped, while others were in disbelief saying, “No way, Dahv! Do it again.” Eventually the kindergarten teacher, who had been watching from afar, approached me and showed me she could wiggle her ear too. I was happy thinking I had developed a relationship with an authority; we actually had something in common.

Later that day, I noticed the same teacher in the dining hall. She was sitting a couple tables away from me. We made eye contact. A few moments later, she raised her left hand to her forehead and made an L-shape with her thumb and pointer finger, and stuck her tongue out at me. At first, I did not know what this symbol implied until I spoke to my mother. I couldn’t believe this teacher thought I was a loser; I thought we made a connection.

The next morning, I sat in the principal’s office with the kindergarten teacher and the elementary school’s counselor. I first explained my side of the story. When it was the teacher’s turn, she grabbed a handful of tissues and started to cry. She was disgusted that I would assume she’d make that symbol towards me. She said she was just brushing her hair back. After a brief silence, she left the office. The principal and I never spoke of the incident again. The teacher never apologized for her behavior; no one besides my parents believed my side of the story.

Two years later, at the end of fifth grade, the whole class decided to make a CD that would involve all of us. Some students sang songs, some recited poetry, and others played an instrument. A couple months before my class started this project; I had just finished professionally recording a couple songs in Orlando, Florida. I was in the process of making my own demo CD that I would be sending off to Radio Disney, where I would later be discovered and offered a touring contract. Because I had two completed songs thanks to my time in the studio, my mother gave me the idea of putting one of the songs on the class’ CD.

Thinking back to these situations, I can’t help but to laugh. The whole concept of a private school is completely skewed for me. One cannot judge a school or business by its brochure. After my honesty had been censored each time, I couldn’t help but to feel bad for those teachers. Not only did they censor me out of pure fear, but also out of embarrassment. The kindergarten teacher was too ashamed to admit she was probably jealous I could wiggle my ear. Mr. Harding was too embarrassed to admit he thought a ten-year-old girl was singing profanity. Because these two teachers had no control over their own actions, they decided to control how the conversation was construed.