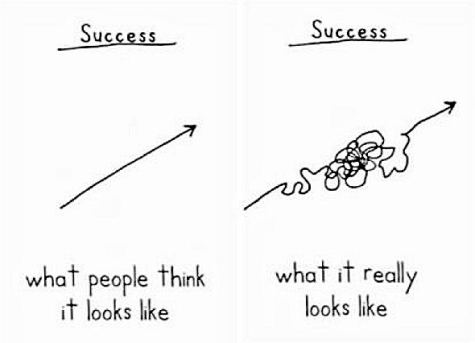 Most people do not believe me when I tell them that I can be shy at first.

When I was younger, the actual tone of my voice would change just because I was nervous (in person or over the phone). A majority of the time, if I don’t know someone that well, I prefer keeping my sunglasses on, ear buds in and conversation to myself. Unless we are friends or I want to get to know you, the chance that I’ll start a conversation is pretty low.

Over the years, my introversion has improved – and to me – it doesn’t seem noticeable.

If it wasn’t for a conversation I had with my Dad years ago, I don’t think I’d be the person I am today.

He taught me how to take a risk.

This sounds stupid, right? How can we not take risks in life; there would seriously be no progression. Although I can be shy, there are certain things I have a knack for – performing, dancing, etc. (I get nervous about these too) – the biggest issue I had was participating in ANYTHING academic.

Sophomore to senior year of high school, I attended a boarding school for the arts in Natick, Massachusetts. Here I started to intently study the world behind writing and publishing. Compared to the other students in the program, I did not speak up as much or contribute much to the program (mostly because of my anxiety).

My junior year of high school, after winter break, my Dad was driving me back to campus. Little did I know, he had a copy of my report card beside his seat. After we had arrived to my dorm, he put the car in park and retrieved my report card. He had previously gone through the packet and highlighted specific notes my teachers had made:

“Dahvin deserves to be an A student, but because of her lack of….”

“Dahvin remained quiet for the semester…”

My Dad told me that I had to take a risk. I needed to speak up and show that I am paying attention, no matter how much it scared me; and believe me, it did.

I was terrified of saying the wrong thing at the wrong time. I didn’t want people to think I was stupid or inadequate for my school. Feeling this way, I kept to myself, which took a toll on my grades.

Rolling up his sleeves, my Dad revealed his two most recent tattoos. On his left arm, he has my mother’s name with the date they met. On his right arm, he has my name with my date of birth. “I took a risk getting these tattoos. Your mother had no idea where I went or what I was doing. I did this because I thought it would be fun – something different. My relationship with your mother is so strong, getting her name tattooed on me didn’t even phase me.”

On the back of my report card, he scribbled a list of things he expected from me on a weekly basis:

1. Raise your hand at least 3 times during each discussion.

“Say stupid stuff, put your voice out there. Your professors want to hear from you.”

2. Ask at least one stupid question.

“There is someone else in your class that is too scared to ask it. Take that risk.”

3. Send your poetry professor two pieces by the end of the day Friday.

“Keep writing. The more you write the better you’ll be.”

4. Send your fiction professor two pieces by the end of the day Friday.

“Tomorrow morning bring him five ideas you have for stories you want to write.”

I was terrified. All I wanted to do was curl up in a ball from embarrassment. I was so close to never writing again. If it wasn’t for my Dad, I don’t think I would be continuing my studies as a writer.

I had performed on so many stages; met so many producers and various artists; completed multiple radio interviews; but I was scared to raise my hand in class. It was pathetic.

I took my Dad’s advice. Every night I was working on a new piece. Every day I participated in my classes (even when I did not want to).

A month later, I stayed up late drafting out a new poem. The next day I turned it into my poetry professor. Within 24 hours, he told me he wanted me to read it aloud at our upcoming writers’ event: a required event for all the other students to attend. Two weeks before the performance, I had added on three new parts to the piece, making it an epic poem, and edited it with him daily.

At the end of my junior year, I received the Book Award for being the most excelled student that semester. This was presented at assembly in front of the whole student body. I had never been so happy; I cried right on the spot.

Hard work really pays off. Not only that, but actually doing the work pays off too.

If you are ever scared or feel inferior, step up to the plate. It is scary; I know this. Still to this day, I get nervous before participating in class. I don’t want to be told I am wrong; I don’t want to be laughed at. But in the end, it’s worth it and it makes you a stronger person.

Last spring, I took a risk and auditioned for Rocky Horror Picture Show at my school. I thought my audition was horrible and I expected to get ensemble. A week later the cast list came out and I jumped for joy when I saw I was cast as Frank N’ Furter. I was so excited yet skeptical. Frank’s role is not meant to be played by a woman…the show is taboo as it is, but I wanted the experience.

I can’t really say there’s any “Dahv Logic” behind this. I hope that my story comes across as inspiring to anyone who reads it. I like to think that I am very comfortable with myself and I definitely come off this way. When friends or strangers assume I am confident or a badass, I can’t help but laugh to myself; not too long ago my teachers didn’t know what my voice sounded like.

Here’s some logic for you…

The hardest part is actually showing up.