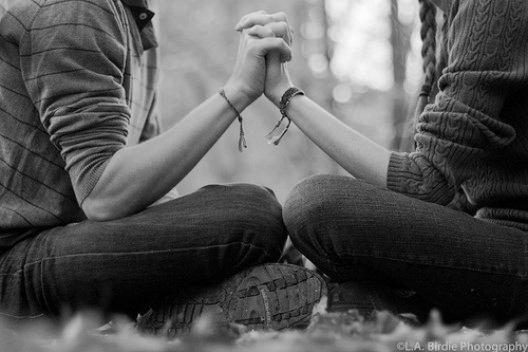 So below is a rough draft of the beginning of the “novel” I told you all I was going to write. I still don’t really know where it is going quite yet, but I hope you all enjoy!

The clock above the whiteboard read 5:30. I should have been excused from class at least ten minutes ago. My biology teacher, Professor Jones, who was wearing green suspenders that matched his bowtie, stood behind his desk and read his lecture notes off of the computer screen. Sitting alone in the back row, I unzipped my backpack and retrieved my cellphone. No new messages.

Professor Jones pushed his palms down on desk’s edge, hunched forward with one leg back – almost in a lunge position – sighed heavily and squinted at us.

“There’s a test next Tuesday. That is all.” He then stood up and grabbed his leather coat that was folded over the armrest of his chair. All of the students rose from their seats and simultaneously took out their cellphones. I left the classroom behind the rest of the students, being the tail of the group. Soon I stood in the classroom’s doorway alone, as teenagers dispersed in different directions: some went to the east or west of the hall; others went north – straight to the stairs or elevator. I sighed.

I walked across the balcony that overlooked the lobby and approached the stairs. Chuckling and ringtones echoed. There were a couple cliques spread across the room: some were sitting on the couches with their feet propped up on the coffee table, others sat near the base of the stairs.

I headed for the double doors, when suddenly someone bumped into me.

“Whoa. Sorry about that.”

I felt a hand touch my shoulder. Turning around, I found a man wearing a blue zip-up hoodie with the sleeves cut-off that’s length reached the waistband of his whitewash jeans that hugged his hips. He had blonde helmet hair. In his right hand, a pair of black sunglasses: it was nighttime.

He was still standing in front of me. He slipped one of his sunglasses’ legs into the zipper’s open jaw; the sunglasses hung like a chest ornament. “Did you just get out of class?”

“Yeah.” He turned his head to the side and grazed his thumb and pointer finger along the tip of his nose, as if he was going to pinch it. He looked back at me. “I have class in a bit. Graphic design.”

“Where’s your backpack?” I asked. Besides his sunglasses, he was empty-handed.

He shrugged his shoulders. “We just have a quiz today.” He pulled a pencil out of his pocket and slipped it behind his ear.

For some reason I wanted to slip out the pencil from behind his ear, just to gauge his reaction. I never wanted to hear someone laugh so badly. I imagined his laugh to be hearty, and as he chuckled he’d tilt his head back and maybe collapse his hands onto his abdomen. I hoped his laugh would be obnoxious, so obnoxious that the room would get quiet or someone from upstairs would tell him to shut up.

I noticed his eyes shift downward. He quickly scaled my bottom half – white skater shoes, baggy jeans with a rip above the right knee – before looking up at me smiling. There was a gap between his two bottom teeth. I had never had a challenge finding someone attractive.

Coming down the stairs was a girl with blue-tipped blonde hair that was pulled back into a messy bun. I ran my fingers through my hair, thinking that I was overdue for a hair appointment. My dark roots’ spread across the top of my head like an oil spill. I pulled my hair back and stuffed the ponytail into my sweatshirt’s hood. His eyes were still on me.

The girl walked over and grabbed his hand. She got on her tippy toes and kissed his cheek. Her lip was pierced. I wondered if the kiss felt different. She was wearing a red strapless dress that went down to her knees, and a pair of white flip-flops. Tattooed on her left foot: a dove. She didn’t carry a backpack either, just a purse with the Batman symbol beneath the zipper. I wondered if she was actually a fan or she wore it to spark conversations.

Pointing at the purse I said, “Oh nice. I love Batman.”

“Me too,” Darren chimed in and smiled.

The girl rolled her eyes and shifted her focus on Darren. “You’re the only reason I have this.” She looked back at me. “He didn’t know I hated superheroes.”

“Look, it was either that or Hello Kitty. But I don’t know, I think Batman is cool.” He pocketed the hand she was not holding and gazed at me.

“Batman’s my favorite.” I then smiled at him; he smiled back. This time, I didn’t notice the gap in his teeth.

“By disguising himself as Batman, he is facing his fear. What’s not cool about that?” I crossed my arms.

She let go of Darren’s hand and stepped towards me. Her lip piercing was purple and she had a trail of three freckles along her jawline. She smelled like cigarettes yet, her purse looked too small to carry a pack, and her dress didn’t have pockets. Her eyes shifted downwards like Darren’s did; when she looked back up at me, she bit down on her lip. The piercing clicked against her teeth. She then giggled. When giggling, she closed her eyes and turned her head to the side.

Facing towards me she said, “I’m guessing that you don’t know me, huh?” She opened her eyes and twitched her right eyebrow.

“Cause after someone gets to know me, they say I scare them.” She stepped closer to me; I stepped back. “You don’t seem that afraid of me.”

“What’s there to be scared of? I don’t even know your name.”

She pushed her tongue on the inside of her lip, nudging the piercing forward. “You’re cute.” She stepped back and offered her hand. “I’m Stacey.” We shook hands.

“Hannah?” Darren took his hands out of his pockets.

“Yeah. Well, your name’s cool.” He interrupted me.

I glanced at his smile and noticed a trimmed goatee at the base of his chin. He had no hair around his mouth or on his upper lip; I had never been a fan of mustaches.

“Darren, don’t you have class like now?” Stacey grabbed for his hand again.

He shrugged his shoulders, “I’m always late” and continued to look at me.

“Can you at least walk me to my next class?” Stacey walked past me and retrieved a cigarette from her purse. “Come on, Darren!”

“You don’t have a class now do you?” He asked while slowly walking towards the door.

“No, I’m actually going to head out.” I pulled a pair of keys out of my pocket. “I commute.”

He stopped and sighed disappointingly. “Of course you do.”